Friendly chatter and crisp of the wafer cake concluded the first week of STARTALK. In only five days, beginner students became comfortable with reading, counting, and having small talk in Russian, whereas intermediate students mastered skills essential for navigating Russian airports, including customs! 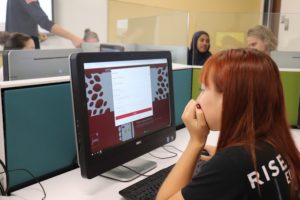 All participants and instructors created accounts on Pulsar, STARTALK’s language learning e-portfolio. Using Pulsar, students will be able to track their progress and identify the areas of improvement by analyzing the evidence they upload to the platform. Language learning evidence can be anything from writing and visual samples to audio recordings and photos. 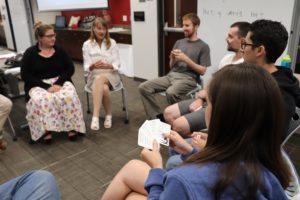 Participants learned about influential Russian figures by playing “Faces of Russia.” In the game, players had sets of four cards from the thirteen categories, such as poets and scientists. Their goal was to collect four cards from the same category. To do so, players asked each other: “У тебя есть…?” (Do you have…?). If they guessed the category and a person from it correctly, the guessers took the card.

“Лото” (bingo) was another game that the participants enjoyed this week. Some remarked that, because of the speed of the game, they had no time to worry about double-checking their translations; instead, they began trusting their knowledge. In the end, they were covering the numbers faster than the moderator was drawing new barrels from the bag.

This week was a real gastronomic adventure! From голубцы (cabbage rolls) to солянка (solyanka), we experienced Russian food diversity. Though opinions on the favorite dish of the week split, it is certain that everyone could find something that suited their taste. As always, check out our menus here. 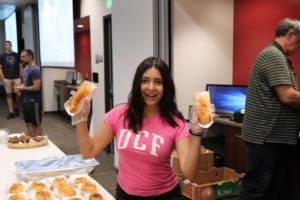 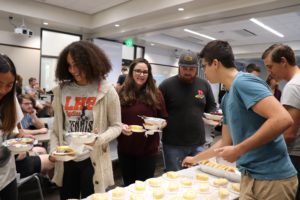 Words of the week: