The annual Russian Club Ballet will be held Sunday, June 16, 2019 at 4 PM – 7 PM at Trinity PAC, Winter Park, FL 5700 Trinity Prep Ln, Winter Park, FL 3279.
Tickets can be purchased by clicking here. Tickets are $27 for regular seats and $32 for premium seats – please use our code to receive $10 off! Proceeds from tickets bought using that code go to the Ukrainian Down Syndrome Organization.

The international youth competition of social cinema and social advertising, initiated by the Belarusian social and cultural public association “Heritage” and the Belarusian-Russian University in the city of Mogilev summarizes. Young people aged 13 to 28 take part in the competition.

The winners will be selected based on the results of a comprehensive vote: jury members and audience votes. From numerous entries, 22 video clips with a duration of up to 3 minutes were selected and approved for voting. For diplomas claim participants from different countries: Belarus, Russia, Kazakhstan and the United States.

The Youth Club of the Russian-American Community Center of Florida (represented by 15-year-old club leader Alec-David Jenkins from Orlando and his Belarusian friends: Vyacheslav Klindyuk, Natalia Zherko and Elena Posternak, with the support of BELARUSdirect travel agency) takes part in this competition , presenting the video clip “Memory, appealing to the world.”

Alec – born in the United States in a mixed Russian-American family. Having been on excursions in the Republic of Belarus, he was very impressed with everything he saw there. He was particularly impressed by a visit to the Museum of the Great Patriotic War, the Stalin Line and other objects associated with the Second World War. That is why they made a decision to take part in this International Youth Competition in the Heritage nomination.

The video clip is dedicated to the Belarusian memorial complex “Khatyn”, which symbolizes the courage and unbearableness of the people of Belarus, who brought innumerable sacrifices in the name of victory over fascism. Khatyn – a former Belarusian village, burned to the ground by the Nazis, along with people. 186 of these villages were burned on the Belarusian land. Khatyn has become a symbol of the tragedy of the Belarusian people. In memory of the 3 million Belarusians who died in World War II, this video was created. Compatriots from the United States remember and honor their historical heritage.

Friends! Support Alec Jenkins and his team, which presented this video clip to the international competition of social cinema in the nomination “Heritage”. Put your LIKE under the video on YouTube and write your comments.
REMEMBER, Proud and Honor! 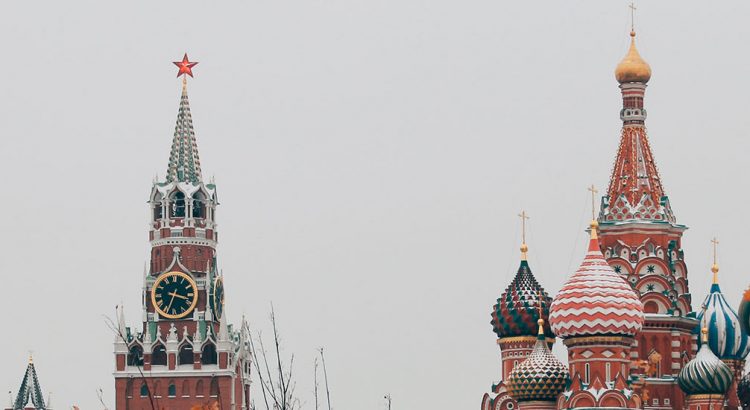 Learn more about your chance to go to Russia!

END_OF_DOCUMENT_TOKEN_TO_BE_REPLACED

Здравствуйте друзья!
Russian club is starting up soon. Our first Fall meeting will be on August 27th, 2018 at the Student Union in Pensacola Board Room 222 at 5:30PM and will last until 6:30PM.

Knowledge of Russian is not required and everybody is welcome! 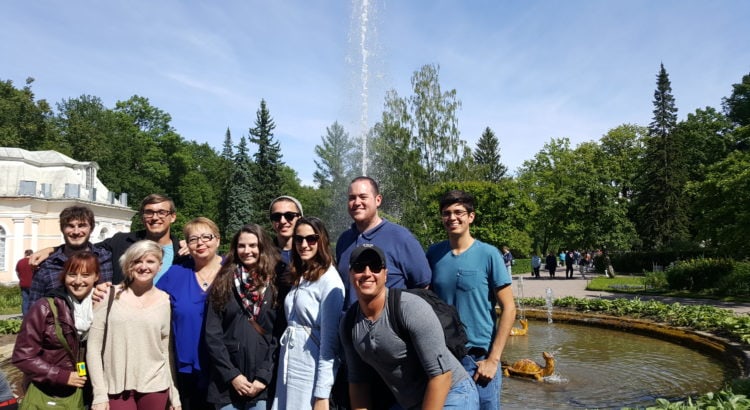 We arrived back in Orlando at a little after 9PM tired and sad to have left Russia.

Our little 3 week trip was amazing. We saw most of the Moscow Metro, the glorious white nights in Saint Petersburg, many many churches and cathedrals and more! The Financial University Under the Government of the Russian Federation hosted us in their on-campus hotel and had staff to teach us Russian. The language classes were fantastic and we all learned a lot of Russian. Each day we would get up and get breakfast at the nearby restaurants: Coffee House, Shokolodnitza, and Moo-Moo. By 10AM we were in class and learning. At 2PM we would eat lunch and then begin the day’s excursions.
END_OF_DOCUMENT_TOKEN_TO_BE_REPLACED 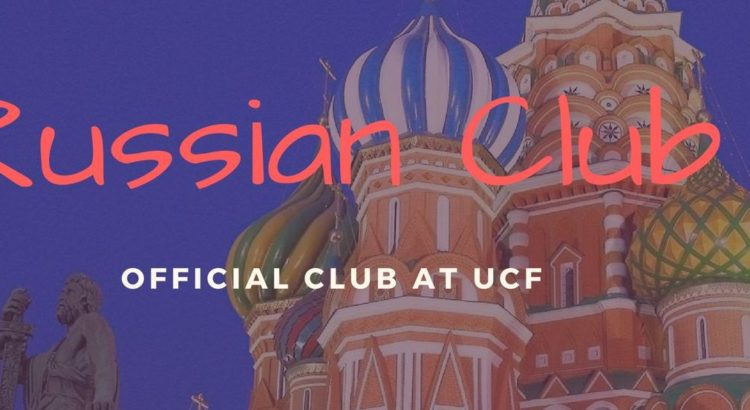